Fighting for single-payer Health Care Since 1994 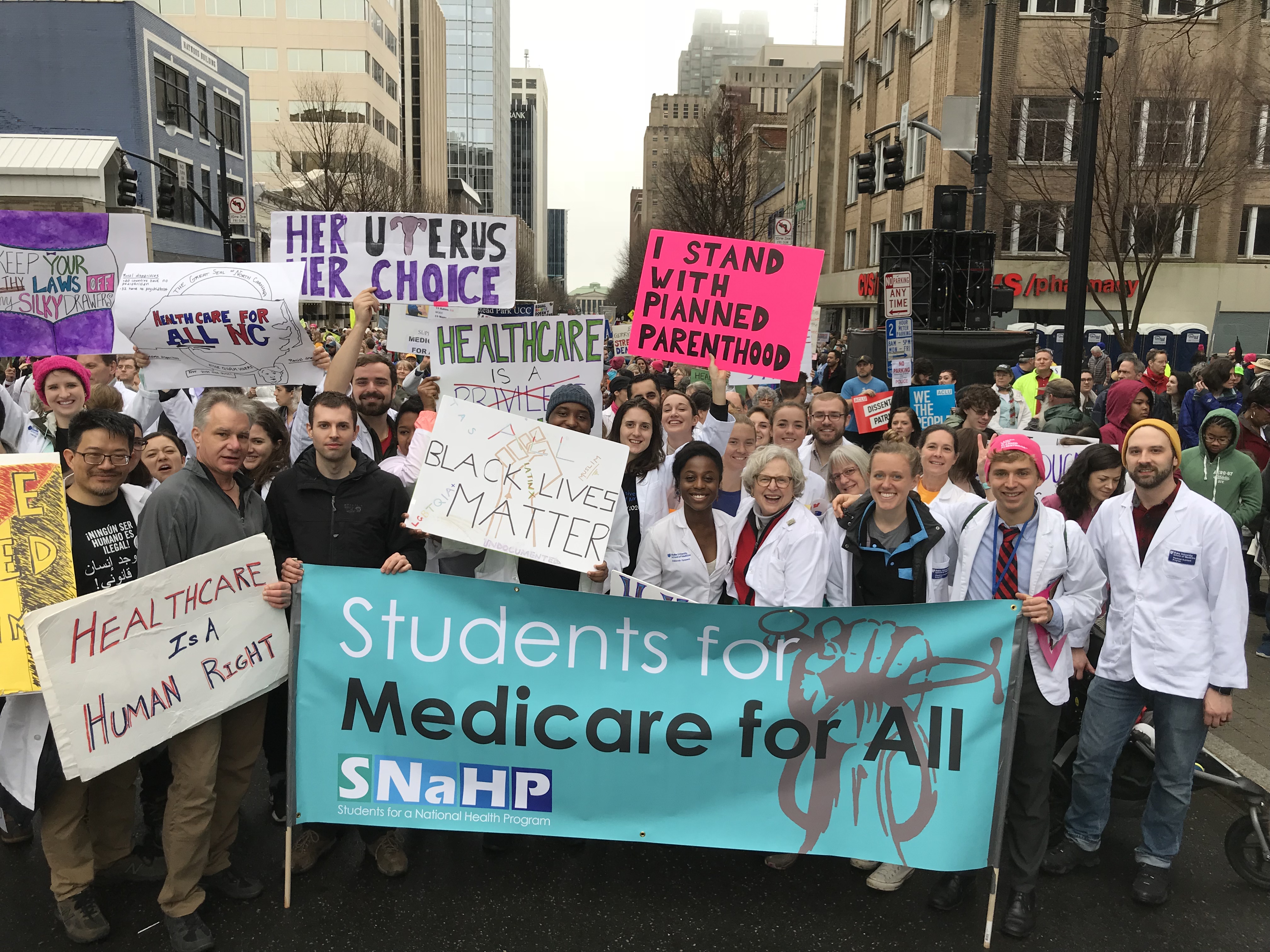 HCFANC believes that all people have the right to high-quality healthcare. Instead of being bought and sold as a commodity, healthcare should be a public good available to everyone. The mission of HCFANC is to inform and educate North Carolinians about the benefits of Improved and Expanded Medicare for All and to help mobilize grassroots pressure for its immediate passage.

Members of HCFANC have been fighting for universal healthcare since 1994, when a group of physicians formed the organization as North Carolina's first chapter of Physicians for a National Health Program. While PNHP is primarily comprised of physicians, HCFANC's membership is a cross-section of doctors, healthcare workers and the general public.

For more than 100 years, Americans have struggled for a publicly-funded, high-quality healthcare system, but such transformative programs require a shift in the balance of power. It will take more than the obvious merits of a universal single-payer healthcare system to win Medicare for All.

Our work would not be possible without the struggle of Black, Indigenous and People of Color who protested against the South's medical apartheid system as well as progressive activists and workers who built coalitions in order to win the passage of programs like Medicare and Medicaid.

Like those victories, we can only win universal, single-payer healthcare if we work together. Join Health Care For All NC today.

Everybody in, nobody out!